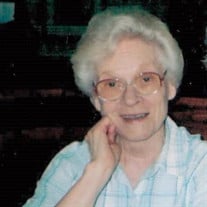 Mary Evelyn Lievens, of Knoxville, passed into the arms of her heavenly father on December 2, 2020 at the age of 85. She was born on October 20, 1935 in southern Illinois to Harry and Lillian (Barger) White, the third of seven children, and graduated from high school in Harrisburg IL. Upon graduation, following her older brother, Evelyn relocated to the Quad Cities to look for work and found it at Alcoa, working in the office. Shortly thereafter, she met the love of her life, Eugene (Gene) Lievens, at a burger joint in Geneseo IL. They were married on February 4, 1956 and began farming outside of Cambridge IL. They farmed together for the next 46 years, moving to the Dahinda/Williamsfield area in 1961. During those years, Evelyn not only helped farm and raise their three daughters, but worked several office jobs at such locations as Franseen Bookkeeping, St Mary's Hospital, and Laura State Bank. At the age of 40, she went back to school to obtain a cosmetology degree and opened her own shop, Evelyn's Beauty Nook, in Williamsfield that she ran for several years. Ev and Gene retired from the farm in 2002 and moved to Knoxville. Evelyn was an adventurous, fun-loving and sometimes cantankerous sort, often describing herself as the "hornet" in her family of brother and sister "B's". She loved dogs, country music, rubber stamping, and St Louis Cardinal Baseball. For many years, Ev set up a miniature Christmas village both in her home and the Williamsfield Caldwell Cottage for all to enjoy. Evelyn was an avid traveler and could proudly say she had visited all 50 states, most notably on a 25th anniversary trip to Hawaii with Gene and driving her camper up the Alcan Highway with a group of lady friends. She is survived by her husband, Gene, of almost 65 years; three daughters, Valerie Lukens of Trenton IL, Debbie Lievens of Phoenix AZ, and Lori Helvick of Mapleton IL; eight grandchildren; eleven great-grandchildren; and two brothers, Bud White of Garberville CA and Ben White of Cherokee Village AR; as well as several nieces and nephews and many friends. She is preceded in death by her parents, brothers Bill, Bob, and Bruce White, and sister, Bonnie Faulkner. Visitation will be held on Sunday, December 13th, 2020, from 1-4 PM, at Hurd-Hendricks Funeral Homes and Crematory, Knoxville. Graveside services will be 11:00 AM, on Monday, December 14th, 2020 at the Knoxville Cemetery, Knoxville, Illinois. DUE TO COVID-19 RESTRICTIONS, FACE MASKS, SOCIAL DISTANCING and ATTENDANCE GUIDELINES WILL BE ENFORCED. Hurd-Hendricks Funeral Homes and Crematory, Knoxville has been entrusted with arrangements. Memorials may be donated to the Guardian Angels of Knox County. Expressions of sympathy may be left for the family at www.hurd-hendricksfuneralhome.com.

Mary Evelyn Lievens, of Knoxville, passed into the arms of her heavenly father on December 2, 2020 at the age of 85. She was born on October 20, 1935 in southern Illinois to Harry and Lillian (Barger) White, the third of seven children, and... View Obituary & Service Information

The family of Mary Evelyn Lievens created this Life Tributes page to make it easy to share your memories.

Mary Evelyn Lievens, of Knoxville, passed into the arms of her...

Send flowers to the Lievens family.