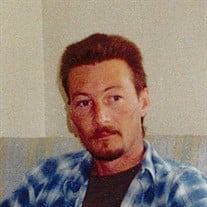 Mark McMeekan, age 61, of East Galesburg, Illinois died at 1:35 P.M. on Thursday, November 11, 2021 at OSF St. Francis Medical Center in Peoria, Illinois. He was born on August 5, 1960 in Moline, Illinois the son of Melvin Dean and Patsy Ann (Morris) McMeekan. He married Rebecca Kemp on December 5, 1981 in Galesburg, Illinois. Surviving is his wife, Rebecca McMeekan of East Galesburg, Illinois; two children: Mikki (Jason) Glass of Knoxville, Illinois and Patrick Edward Marion (Ashley Newman) McMeekan of Galesburg, Illinois; six grandchildren; one brother, Mike J. (Marni) McMeekan of Hoopeston, Illinois. He was preceded in death by his parents. He served in the United States Army from October 3, 1979 to August 27, 1985, stationed at Ft. Jackson, South Carlina, Ft. Polk, Louisiana, Ft. Irwin, California, Ft. Leavenworth in Kansas, in Bamberg, Germany, then the Rock Island Arsenal in Rock Island, Illinois. Mark worked at Maytag for 16 years. He enjoyed fishing, hunting, and looking for mushrooms. He also enjoyed playing pool and riding his motorcycle. He could fix anything. A celebration of life will be held from 1:00 to 3:00 P.M. on November 28, 2021 at the Hurd-Hendricks Fellowship Center in Knoxville, Illinois. Due to the new COVID-19 Mask Mandate, the funeral home will maintain compliance and ask that guests wear a mask. Hurd-Hendricks Funeral Homes and Crematory have been entrusted with arrangements. Memorials may be donated to the family. On-line condolences and/or expressions of sympathy may be sent through www.hurd-hendricksfuneralhome.com.

The family of Mark McMeekan created this Life Tributes page to make it easy to share your memories.

Send flowers to the McMeekan family.