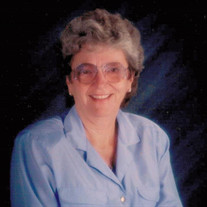 Marilyn Rose Sargent, age 88 of Galesburg, Illinois died at 1:07 p.m. on Friday, March 25, 2022 at her home surrounded by her family. She was born on July 9, 1933 in rural Gilson, Illinois the daughter of Kenneth D. and Evelyn (Wilson) Nelson. She attended Gilson High School and then attended and graduated from Knoxville High School. She married LaVerne Smith in 1953 in Texas. Surviving are her three children: Michael (Deborah) Smith of Lancaster, South Carolina, Gayle (Bernard) Stephan of Galesburg, Illinois, and Steve (Joan) Smith of Galesburg, Illinois; two Step-children, Rusty (Brenda Lytle) Sargent of rural Knoxville, Illinois and Shari Mahnesmith of Galesburg, Illinois. Also surviving are five grandchildren: Jarrod (Linda) Stephan, Kelly (Seth) Lopotko, Joe Smith, Andrew Smith and David Smith. And four great-grandchildren; Colten, Jackson, Hayden Lopotko and Isabella Smith. Marilyn is also survived by her two sisters: Illa Purl of Clermont, Florida and Shirley Karpowicz of Fort Myers, Florida. She was preceded in death by her parents, husband, one grandson (Jacob Smith) and one brother, Dennis. Over the years, she was employed by the Galesburg Water Department, the Galesburg Register Mail, and then when on to retire from the Illinois State Police where she worked as a truck weigh inspector for 28 years. Marilyn retired in 2005. In her faith, she enjoyed attending the First Christian Church in Knoxville, Illinois. She enjoyed many other social activities over the years. She was a member of the Singles in Agriculture group where she participated in many activities over the years including traveling, dancing, and dinners. She also belonged to a coffee clutch where they met weekly on Sundays where she enjoyed fellowship with her wide circle of friends. Bunko was a game she frequently played with her daughters and friends in recent years. Spending time with her family was one of her favorite things. She was a very proud mom, grandma and great grandma and became known to all those who loved her dearly as Granny. Marilyn will also be deeply missed by her best friend, Marilyn Putnam. The two Marilyns became known to close friends and family as M&M. It was not uncommon for the two Marilyns to talk on the phone multiple times a day. Dear friends stay in our hearts and minds forever. Visitation will be held on from 11:00 A.M. to 12:00 P.M. on Thursday, March 31, 2022 at the Hurd-Hendricks Funeral Homes & Crematory. Funeral Services will be held at 12:00 P.M. on Thursday, March 31, 2022 at the funeral home with Deacon Michael Crummer. Private burial will be held on Friday, April 1, 2022 at Oak Lawn Memorials Gardens in Galesburg, Illinois. Memorials may be made to OSF Hospice. On-line condolences and/or expressions of sympathy may be sent through www.hurd-hendricksfuneralhome.com

Marilyn Rose Sargent, age 88 of Galesburg, Illinois died at 1:07 p.m. on Friday, March 25, 2022 at her home surrounded by her family. She was born on July 9, 1933 in rural Gilson, Illinois the daughter of Kenneth D. and Evelyn (Wilson) Nelson.... View Obituary & Service Information

The family of Marilyn Rose Sargent created this Life Tributes page to make it easy to share your memories.

Send flowers to the Sargent family.