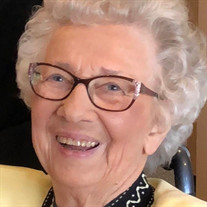 Marilyn Joyce (Holmes) Knapp, 84, of Knoxville, IL died peacefully at home on January 7th, 2019. Marilyn was born September 12, 1934 in Galesburg, IL. She was the daughter of Robert and Mabel (Roseberg) Holmes of Oneida. She graduated from R.O.V.A. High School in 1952. She married Charles Knapp on August 20, 1955. They recently celebrated their 63rd wedding anniversary. Marilyn attended Carl Sandburg College and Knox College, where she graduated Summa Cum Laude in 1972 with a B.A. Degree. She taught English at Knoxville Jr. High School from 1972 – 1988. After retiring from teaching, Marilyn worked with her husband, Charlie, as co-owner of Knapp Band Instrument Company and String Shop. Marilyn is survived by her husband Charlie of Knoxville; two sons, Robert (Rebecca) of Ellisville, IL and James (Amy) of Pittsboro, IN; sister, Elaine (Terry) Bolin of Altona, IL; brother-in-law Gale Adams of Oneida, IL; six grandchildren, Gregory (Maegan) of Peoria, IL, Elise (Bruce) Phillips of Brownsburg, IN, Caroline (Austin) Blessman of Peoria, IL, Emily Knapp of Franklin, TN, Jacob Knapp of Pittsboro, IN, and Josie Knapp of Pittsboro, IN. She is also survived by four great grandchildren; grandsons Elliott Phillips and Graham Phillips, and granddaughters Ellen Knapp and Charlie Knapp. She was preceded in death by her parents and her sister, Lavonne Adams. Throughout her life, Marilyn served her family, students, and friends with a devotion that reflected her loving spirit. She was a member of Trinity Lutheran Church in Galesburg. Her faith in God and her passion for our community fueled her involvement with philanthropic organizations including the Knoxville Chapter of P.E.O. International. In support of the arts, Marilyn, along with her husband (Knoxville’s former band and orchestra director) attended numerous local music and arts events, such as the Knox-Galesburg Symphony, Peoria Symphony, and her favorite: summer band concerts in Knoxville Park. Following her retirement from teaching, Marilyn and her husband enjoyed traveling. Their adventures included skiing the Alps in Austria, a safari in Africa, traveling by freighter from Tahiti to the French Polynesian Islands, and exploring the Andes Mountains at the border of Chile and Argentina (zip-lining from one country to the other). Marilyn always returned with stories of wonderful people she had met in her travels. Marilyn will be remembered for her unconditional love and compassion for all. The family would like to thank Marilyn’s caregivers, Lorrie Byerly and Mindy Locke, as well as Harbor Lights Hospice. Funeral Services will be held at 11:00 A.M. on Saturday, January 12th at Trinity Lutheran Church in Galesburg, Illinois. Visitation will be from 9:00 A.M. to 11:00 A.M. on January 12th at Trinity Lutheran Church prior to the Funeral Service. Memorials may be made to Trinity Lutheran Church or The Galesburg Community Foundation (Knoxville Community Fund).

Marilyn Joyce (Holmes) Knapp, 84, of Knoxville, IL died peacefully at home on January 7th, 2019. Marilyn was born September 12, 1934 in Galesburg, IL. She was the daughter of Robert and Mabel (Roseberg) Holmes of Oneida. She graduated... View Obituary & Service Information

The family of Marilyn Knapp created this Life Tributes page to make it easy to share your memories.

Send flowers to the Knapp family.