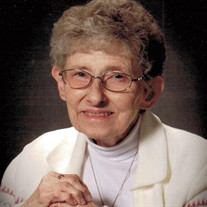 Mariette C. Smith, age 87, of Knoxville, Illinois was called home at 5:58 P.M. on Saturday, January 8, 2022 at OSF St. Mary Medical Center in Galesburg, Illinois. She was born on August 7, 1934 in Aledo, Illinois the daughter of Henry and Sarah (Brook) Allen. She graduated from Monmouth High School, the class of 1952, then graduated from Brown’s Business College in 1953. She married Edwin L. “Ed” Smith on September 22, 1956 in Galesburg, Illinois. He preceded her in death on November 15, 2007. Surviving are two daughters: Cynthia “Cindy” (Junior) Marquith of Murphysboro, Illinois and Rhonda (Jamal) Hudson of Knoxville, Illinois, one son, Michael (Misty) Smith of Grants Pass, Oregon; nine grandchildren, five step-grandchildren; ten great grandchildren, two great-great grandchildren and many step-great grandchildren and great-great grandchildren; one brother, James (Bernadine) Smith of Peoria, Illinois. She was preceded in death by her parents, husband and two great grandchildren. She worked for the former Golden Cream Dairy in Galesburg, Illinois with she was attending college, then the Burlington Truck Lines. After raising her children, she started Smith’s Tax Service in Knoxville, Illinois. She enjoyed sewing, knitting, crocheting, and baking. She volunteered as a Girl Scout Leader for over 50 years and volunteered at the Wings Black Thorne Nature Preserve. She built many friendships and touched many lives over the years. She was a faithful child of God, and a devoted wife and mother. Her family is truly blessed to have had her as a role model and are comforted in knowing that she is now in the loving arms of God and family. Visitation will be held at 10:00 AM on Friday, January 14, 2022, with a funeral service to follow at 11:00 AM at the Hurd-Hendricks Funeral Homes & Crematory in Knoxville, Illinois. Rev. Kay Daniel will officiate. She will be interred at Oaklawn Memorial Gardens in Galesburg, Illinois. Memorials may be made to the Knoxville Girl Scout Troop 5137. On-line condolences and/or expressions of sympathy may be sent through www.hurd-hendricksfuneralhome.com

Mariette C. Smith, age 87, of Knoxville, Illinois was called home at 5:58 P.M. on Saturday, January 8, 2022 at OSF St. Mary Medical Center in Galesburg, Illinois. She was born on August 7, 1934 in Aledo, Illinois the daughter of Henry and Sarah... View Obituary & Service Information

The family of Mariette C. Smith created this Life Tributes page to make it easy to share your memories.

Send flowers to the Smith family.