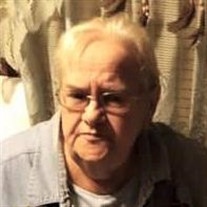 Loretta “Rita” S. Grover, age 72, of Galesburg, Illinois, died on Monday, December 23, 2019 at Cottage Hospital in Galesburg. She was born on December 29, 1946 in Browning, Illinois, the daughter of Elmer and Eva (Norris) Wilcoxen. On July 16, 1966, Rita was married to Henry Hedden in Ohio. She was later married to Ross “Roscoe” L. Grover in Galesburg. Roscoe preceded Rita in death on March 12, 2006. Surviving are her children: Karla Lynn (and Larry) Barnes of East Galesburg, Roy Allen (and Teresa) Hedden of Galesburg; five grandchildren; eight great-grandchildren; and one sister, Debbie Burton of North Carolina. She was preceded in death by her parents and husband. Rita worked for many years as a housekeeper for the former Cottonwood Nursing Home in Galesburg. She enjoyed reading and loved playing board games with her grandchildren. Visitation will be held on Monday, December 30, 2019 from 6:30 P.M. to 8:30 P.M. at the Hurd-Hendricks Funeral Home & Crematory in Knoxville, Illinois. A graveside funeral service will be held on Tuesday, December 31, 2019 at 11:00 A.M. at the Knoxville Cemetery in Knoxville. Interment will be at the Knoxville Cemetery. Memorial contributions may be made to the family. To send flowers or a memorial gift to the family of Loretta "Rita" S. Grover please visit our Sympathy Store.
To send flowers to the family in memory of Loretta "Rita" S. Grover, please visit our flower store.