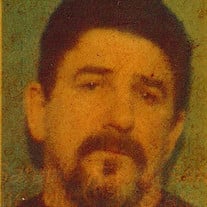 Lloyd Brent Ramsey, 69, born in Beckley, West Virginia, passed away on his home, February 13, 2021, in Galesburg. Lloyd is survived by his wife of 22 years, Lorraine of Galesburg; his son Micah and grandson, Caleb; daughter, Kasey (Nick; five step children, Jeff Marquith, Karen (Jeff) Parkin and daughter, Nicole (Nathan) Ollman and grandchild, Haylee, Dennis Marquith and his three children, Amanda (Dustin) McCue, Tore (Amber) Marquith, Caleb Marquith and grandchildren, Dezi, Awny, Nora and Konner Lee, Ben and Anna; his brother, Louis (Carol) Ramsey and many nieces and nephews. He was preceded in death by his parents Iilet May Gravely and John Beard Ramsey; and four brothers, J.B. (Judy), David (Donna), Steve (Leslie) and Monty (nellie) Ramsey. Lloyd served in the United States Marine Corps. He was a Vietnam Veteran. He was a truck driver all of his life. He loved watching the Cubs, Bears and NASCAR. Having Konner, his great-grandchild, come over and call him “Papa” made his day. Cremation rites have been accorded. No services are planned at this time. Hurd-Hendricks Funeral Homes and Crematory, Knoxville have been entrusted with arrangements. Online condolences may be left for the family at www.hurd-hendricksfuneralhome.com.

The family of Lloyd Brent Ramsey created this Life Tributes page to make it easy to share your memories.

Send flowers to the Ramsey family.