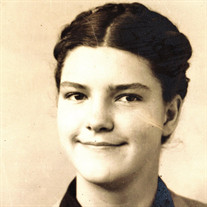 Julia “Jackie” Corcoran, 84, of Knoxville, Illinois, passed away Wednesday, June 13, 2018 at the Knox County Nursing Home in Knoxville. Jackie was born September 18, 1933 in Davenport, Iowa, the daughter of Arthur P. Jensen and Julia Josephine Miller Jensen. She worked as an accountant for the Soangetaha Country Club for 23 years. After retirement she worked at the Knoxville Casey’s General Store. She was a member of the Merry Makers Red Hat Club. Jackie is survived by her 4 children, Steve A. Corcoran of Galesburg, Julie Jean (Michael) Jones of Knoxville, Robert Eugene (Sherry) Corcoran Jr. of Galesburg, Charles Arthur (Kathy) Corcoran of Waterloo, Iowa, 8 grandchildren, 13 great-grandchildren, and 1 sister, June Wulf of Bettendorf, Iowa. She was preceded in death by her husband, parents, and 1 son, Kerry Joe Corcoran. Cremation rites have been accorded with the Hurd-Hendricks Funeral Home and Crematory in Knoxville. A Celebration of Life service will be held on Saturday, June 30, 2018 from 2:00 P.M. to 4:00 P.M. at the James Knox Park small pavilion in Knoxville. Memorial contributions may be left to the family. Online condolences can be made at www.hurd-hendricksfuneralhome.com

The family of Julia "Jackie" Corcoran created this Life Tributes page to make it easy to share your memories.

Send flowers to the Corcoran family.