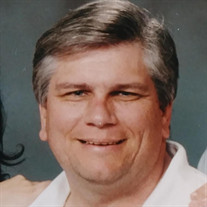 John Wayne Riesing, III, 57, of Abingdon, died on Wednesday, September 30, 2020, at OSF St. Francis Medical Center, Peoria. John was born on October 2, 1962 in Huntington Park, California. He was the son of John Wayne and Anna Helen (Murray) Riesing. John is survived by his mother, Anna; children, Heather (Keith) Lindstrom of Gilson, Alison Riesing of Abingdon, and Louis Riesing of Wataga; sister Yvonne Valenzuaela of West Covina, Ca; and three grandchildren, Rory, Conner, and Ethan. John was preceded in by his father. John attended schools in California. He was employed at Ryder Transportation for over 25 years, where he spent the last several years as service manager. John loved classic cars, baking, and watching movies. He was an avid L.A. Rams fan. Most of all he loved to spend time with his children and grandchildren. Visitation will be on Wednesday, October 7, 2020 from 5-7 pm, at Hurd-Hendricks Funeral Homes and Crematory, Knoxville. Cremation rites will be accorded following visitation. Arrangements have been entrusted with Hurd-Hendricks Funeral Homes and Crematory, Knoxville. Memorials may be donated to the family for an education fund for the grandchildren. Online condolences may be left to the family at www.hurd-hendricksfuneralhome.com.

The family of John Wayne Riesing III created this Life Tributes page to make it easy to share your memories.

Send flowers to the Riesing family.