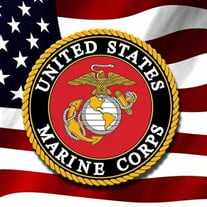 John “Jack” Bohlander, age 89, of Quincy, Illinois, formerly of Keithsburg, Illinois died at 7:50 P.M. on Tuesday, August 13, 2019 at the Illinois Veteran’s Home in Quincy. He was born in East Peoria, Illinois on June 14, 1930 to Frank C. and Marie (Spencer) Ferry. He was later adopted by John and Hanna Bohlander. He enlisted in the United States Marine Corps in 1948 and proudly served his country until his honorable discharge in 1952. During his service, he received the Purple Heart, Korean Service Medal, Presidential Unit Citation, and United Nations Medal for his participation in the Korean Conflict. On March 21, 1953, Jack was married to Hollamae “Hollie” Gent and they were married for fifty-eight wonderful years. She preceded him in death on November 27, 2011. Left to cherish his memory are his two loving daughters: Jackie (and Paul) Lucas of Good Hope, Illinois, Anitta (and Keith) Rhodes of Good Hope; five grandchildren: Fred (and Jennifer) Lucas of Aledo, Illinois, Kelly Lucas of Vine Grove, Kentucky, J.J. (and Brandy) Barnes of Macomb, Illinois, Danielle Barnes of Vermont, Illinois, Holly Marie (and Kevin) Shelton of Macomb; nine great-grandchildren; and four siblings: Margaret Doty of Taylorville, Utah, Jim (and Fran) Ferry of Maquon, Illinois, Frank Ferry of Maquon, and Earl (and Ann) Ferry of Peoria, Illinois. He was preceded in death by his parents; his wife; one son, Ray Bohlander; two sisters: Helen Donaldson, Rosemary Ferry; one brother, Charles Ferry; and one grandson, Joshua Bohlander. Jack was a true patriot all of his life; he loved his country deeply. He was a very proud Marine Veteran, and a devoted member of the Mercer County VFW Post #1571. In his free time, Jack enjoyed going fishing, especially on the Mississippi River. He was a loving and devoted husband and a wonderful father, brother, grandfather, great-grandfather, and friend. He will be missed dearly by all who knew him. Visitation will be held on Saturday, August 17, 2019 from 1:00 P.M. to 2:30 P.M. at the Hurd-Hendricks Funeral Home in Knoxville, Illinois. A graveside funeral service will be held at 3:00 P.M. on Saturday, August 17, 2019 at the Maquon Cemetery in Maquon, Illinois. Military rites will be conducted by the Mercer County VFW Post #1571. In lieu of flowers, memorial contributions may be made to the Mercer County VFW Post #1571.

The family of John "Jack" Bohlander created this Life Tributes page to make it easy to share your memories.

Send flowers to the Bohlander family.