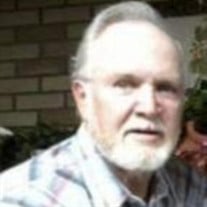 John C. Carlson, 84, of Galesburg, Illinois passed away Thursday, October 29, 2020 at his home surrounded by his family. John was born March 10, 1936 in Galesburg, Illinois the son of Clarence and Eva (Conner) Carlson. He graduated from Knoxville High School with the class of 1955. He married Betty R. Williams on July 28, 1988 in Lewistown, Illinois. She preceded him in death on June 22, 2010. John then married Mary Rodriguez on October 29, 2011 in Galesburg. John was employed with the Galesburg Fire Department. He received an Associates Degree in Fire Science Technology from Carl Sandburg College in 1971. He also attended the National Fire Academy in Emmitsburg, Maryland in 1983 and 1984. He served as Captain of the Department, predominantly at the Brooks Street Fire House location, He also served as an Arson Specialist. He retired from the Galesburg Fire Department in 1998 after 38 years of service. He then began driving a school bus for the Galesburg School District. He drove for more than 15 years. John was a man that enjoyed the outdoors and hard work. Throughout his life he worked the family farm outside of East Galesburg, where he loved tending to his herd of Charolaise Cattle. When he wasn’t working, he enjoyed spending time hunting or reading Westerns. John was a member of the First Church of the Open Bible, Galesburg. He is survived by his loving wife, Mary Carlson of Galesburg, Illinois; 4 children, John C. (Diane) Carlson of Beverly Hills, Florida, James E. (Vicki) Carlson of Beebe, Arkansas, Kevin J. Carlson of St. Joseph, Missouri, Christine Martin of Bedford, Texas; 4 step-children, Rebecca (Steven) Henley of Galesburg, Illinois, Christina (Daniel) Walter, Rochelle, Illinois, Alberto Cansino of Rochelle, Illinois, Martin (Yvette) Cansino of Chicago Heights, Illinois, Gabriel (Jessica) Cansino of Rio, Illinois; a very special cousin, Amelia Rosenberry of Abingdon, Illinois; 26 grandchildren; 26 great-grandchildren; and many nieces and nephews. He was preceded in death by his parents, Clarence and Eva Carlson; wife, Betty Carlson; 2 brothers, Charles and Carl Carlson; and 2 nephews, Rob and Jeff Carlson. Visitation will be held Sunday, November 1, 2020 from 12:00 P.M. to 4:00 P.M. with the family being present from 2:00 P.M. to 4:00 P.M. at the Hurd-Hendricks Funeral Home in Knoxville, Illinois. Funeral services will begin Monday, November 2, 2020 at 10:00 A.M. at the Hurd-Hendricks Funeral Home in Knoxville with Pastor Mark Dexter and Deacon Michael Crummer officiating. Interment will be at the Knoxville Cemetery. Memorial contributions may be made to OSF Hospice or the Fire Fighters Retirement Fund. On-line condolences or expressions of sympathy may be made through www.hurd-hendricksfuneralhome.com

John C. Carlson, 84, of Galesburg, Illinois passed away Thursday, October 29, 2020 at his home surrounded by his family. John was born March 10, 1936 in Galesburg, Illinois the son of Clarence and Eva (Conner) Carlson. He graduated from Knoxville... View Obituary & Service Information

The family of John C. Carlson created this Life Tributes page to make it easy to share your memories.