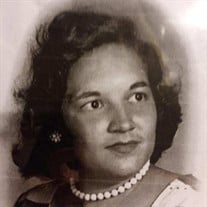 Joan Hawkins, 81, of Monmouth, died on Wednesday, July 22, 2020, 3:55pm, at the Monmouth Nursing Home. Joan was born on March 22, 1939 in Brown County, Mt. Sterling. She was the daughter of Howard and Sarah (Lenover) Cole. She married Frank Hawkins on June 23, 1962 at Industry Methodist Church, Industry. Together they celebrated 47 years of marriage. Joan is survived by her children, Tony (Diane) Hawkins of Springfield MO, Cheryl (Glenn) Bartlett of Macomb, Linda (Robert) Learner of San Diego CA; siblings, Maxine McAfee, Wooster Ohio, Robert Cole, Monmouth, Helen Burgess, Peoria, David (Kathy) Cole, Oneida, Daniel (Debbie) Cole, Monmouth, Peggy (Jeff) Ferch, Monmouth; four grandchildren and four great-grandchildren. She was preceded in death by her husband, parents, and a brother. As the oldest child in the family, Joan had the care of her younger siblings. Stubborn at times, she was also smart, witty and fun. Leaving home, she worked in restaurants and as a taxi dispatcher for a taxi service in Monmouth. Joan attended Spoon River College where she trained as a nurse. She spent her career as a certified nursing assistant caring for elderly and residents at nursing homes in Canton, Macomb, Colchester, and Lewistown. Joan’s grandmother taught her beginning piano. Having a “good ear” for music, she continued learning on her own. She was a member of the Assembly of God Church in Macomb and also at Fairview Center Church where she played piano and learned the organ. In later years, Joan sang and played the piano for the residents of the Monmouth Nursing Home while she resided there. Artistic in so many ways, Joan loved to embroider, knit, crochet and paint. She also enjoyed reading, playing BINGO and watching Westerns. , Cremation rites have been accorded. A committal of cremated remains will be held on Saturday, August 8th, 2020 10:00 am at the Monmouth Cemetery, Monmouth. Arrangements have been entrusted with Hurd-Hendricks Funeral Homes and Crematory, Knoxville. On-line condolences or expressions of sympathy may be made through www.hurd-hendricksfuneralhome.com.

Joan Hawkins, 81, of Monmouth, died on Wednesday, July 22, 2020, 3:55pm, at the Monmouth Nursing Home. Joan was born on March 22, 1939 in Brown County, Mt. Sterling. She was the daughter of Howard and Sarah (Lenover) Cole. She married Frank... View Obituary & Service Information

The family of Joan Hawkins created this Life Tributes page to make it easy to share your memories.

Send flowers to the Hawkins family.