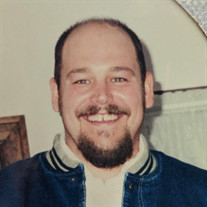 James Gray, age 51, of Wataga, Illinois, passed away at 10:10 A.M. on December 26, 2018, surrounded by his loved ones in his home. He was born on September 10, 1967 in Galesburg, Illinois to Carole (Irwin) Gray and Robert L. Gray. He married Jill Snider on February 17, 1989 and then later Carrie Orman Bewley on April 4, 2015. He was preceded in death by his father, Robert L. Gray; his brother, Robert (Butch) A. Gray; his nephew, Jacob A. Gray; and his niece, Cherish Gray. He is survived by his wife, Carrie; his daughters: Amanda (Ryan) Hilde of Peoria, Illinois and Jaimie Gray of Columbus, Ohio; his mother, Carole Knott of Galesburg; his brother, John (Nancy) Gray of Galesburg; and his step-children Megan and Jakob Bewley of Wataga. Jim was a man who cared deeply and was so full of love for the people in his life. He always wanted to provide for his family. Jim was a very hard worker; he graduated with a Bachelor’s of Science in Accounting from Upper Iowa University while being a stay-at-home dad. He worked for sixteen years at National Coatings, Inc. in Galesburg as the Office Manager and dedicated employee. Sports were a particular passion of his; he cheered on the St. Louis Cardinals, the Fighting Illini, the Pittsburgh Steelers, and the Philadelphia 76er’s for many years. He played several sports as a child, baseball and football were his favorites. He loved to laugh and enjoyed a good-hearted prank on those around him. He loved to play cards, dice, and games and was often very competitive in nature. Jim loved to reminisce about happy memories in his life, often with a twinkle in his eye. Jim was first diagnosed with brain cancer in 2010. He spent several years after that in remission and able to enjoy his life until his cancer returned in 2017. He will be remembered fondly by all who loved him. Visitation will be held on Sunday, December 30, 2018 from 11:00 A.M. to 1:00 P.M. at the Hurd-Hendricks Funeral Home in Knoxville, Illinois. Funeral Services will follow at 1:30 P.M. Rev. Renee Galvin will officiate. Interment will be at the Wataga Cemetery in Wataga. Memorial contributions may be made to the family.

The family of James Gray created this Life Tributes page to make it easy to share your memories.

Send flowers to the Gray family.