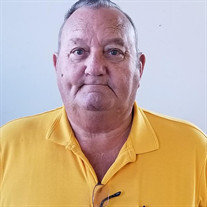 Gerald E. “Jerry” Rafferty, age 78, of Knoxville, Illinois died at 10:03 AM on Wednesday, June 2, 2021 at his home in Knoxville, Illinois. He was born on November 26, 1942 in Bemidji, Minnesota the son of Boyce and Evelyn (Jenkauski) Rafferty. He married Marjorie Bowton in 1965 in Wilton, Minnesota, he then later married Donna M. Carlberg on December 31, 1970 in Galesburg, Illinois. She preceded him in death on August 31, 2003. Surviving are his children: Debra Rafferty of Abingdon, Illinois, Michael Rafferty of Fort Worth, Texas, Mark Munson of Galesburg, Illinois and Joe (Lori) Rafferty of Oneida, Illinois; one granddaughter, Kenzie Rafferty of Oneida, Illinois; two brothers, Armand (Janice) Rafferty and Elroy (Judy) Rafferty, both of Minnesota. He was preceded in death by his parents and wife. He worked for over thirty years at Gates Rubber Company as an operator. He was a member of Abingdon Harry E. Wiles Post #381 of Abingdon, Illinois. He enjoyed bowling, golfing and going to the Casinos. A celebration of life will be held on Thursday, June 10, 2021 from 5:00 – 7:00 P.M. at the Hurd-Hendricks Funeral Homes & Crematory in Knoxville, Illinois. Memorials may be made to his granddaughter, Kenzie Rafferty for future college expenses. On-line condolences and/or expressions of sympathy may be sent through www.hurd-hendricksfuneralhome.com

The family of Gerald E. "Jerry" Rafferty created this Life Tributes page to make it easy to share your memories.

Send flowers to the Rafferty family.