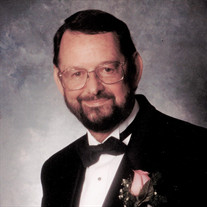 Fredrick L. “Fred” Rubison, age 81, of Knoxville, Illinois, died at 7:30 A.M. on Monday, May 27, 2019 at his home in Knoxville, surrounded by his family. He was born on Tuesday, January 11, 1938 in Hannibal, Missouri, the son of William R. and Alberta (Couch) Rubison. He enlisted in the United States Army Reserve in March of 1961 and proudly served for six years. On January 3, 1981, Fredrick was married to Karen S. Patrick in Galesburg, Illinois. Fred is survived by his loving wife, Karen S. Rubison of Knoxville; three daughters: Jackie Dawson of Elmwood, Illinois, Rhonda (and Shaun) Hitchcock of Galesburg, Teresa (and Jim) McGovern of Knoxville; seven grandchildren: Reilly McGovern, Brendon (and Danielle) Craig, Madeline Craig, Hannah Hitchcock, Tara (and Ty) Lim, Kristie (and Nick) McCance, Patrick Dawson; five great-grandchildren with two more on the way; and one sister, Louise Hanks of Galesburg. He was preceded in death by his parents. He started working on the line at Admiral and worked his way up to being a supervisor. He was employed at Admiral for over 50 years until his retirement in 2000. He was a member of the Masonic Lodge in Galesburg for a number of years. Fred was a talented woodworker, and he greatly enjoyed constructing many beautiful pieces of furniture for his family and friends. He enjoyed tending to his garden with his wife, as well as bowling and playing golf. He also enjoyed growing his collection of model 1957 Chevy convertibles. Most of all, he loved spending time with his family and friends, and will be deeply missed by those who knew him. Visitation was held from 5:00 P.M. to 7:00 P.M. on Thursday, May 30, 2019 at the Hurd-Hendricks Funeral Home & Crematory in Knoxville, Illinois. Graveside funeral services were held on Friday, May 31, 2019 at 10:00 A.M. at the Knoxville Cemetery in Knoxville. Memorial contributions may be made to the Knox County Humane Society.

The family of Fredrick L. "Fred" Rubison created this Life Tributes page to make it easy to share your memories.

Send flowers to the Rubison family.