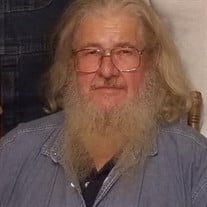 Eugene W. Reem, 85, of Orion, passed away on Tuesday, April 20th, 2021, 3:32 PM, at the University of Iowa Hospital, Iowa City. Eugene was born on February 19, 1936, in Galesburg, Illinois. He was the son of Willard H. and Mabel R. (Frank) Reem. He married Mary JoAnn Kenney on February 12, 1956 at the Immanuel Methodist Church, Galesburg. Together they celebrated 65 years of marriage. Eugene is survived by his loving wife, JoAnn at home; one daughter Debra S. (Dennis) DeCrane of Abingdon; two sons, Jeffrey L. (Christine) Reem and Stephen Eugene (Candy) Reem, both of Moline; four grandchildren, Adam M. (Jaime) DeCrane of Raritan, Jared (Sonia Rodriquez) DeCrane of Monmouth, Jenny VanZuyt and Jeffrey VanZuyt, both of Davenport, Iowa; four great-grandchildren; Colten DeCrane, Paige DeCrane, Reagan DeCrane, and Mathew Rodriquez; one sister; Erma Jo Selser of West Des Moines, Iowa; a niece and nephew and his beloved dog, Khan. Eugene was preceded in death by his parents. Eugene was a tool and die maker for John Deere, Inc. as well as at various other shops, and finally retired from Rock Island Arsenal. He then went on to teach Vocational Machine Shop at the United Township High School Dist. 30. Eugene was a member of the United Methodist Church of Orion. He was a member of the National Muzzle Loading Rifle Association, National Modified Midget Association, and the Front Loader’s Gun Club of Little York. His favorite hobbies included black powder trap shooting and auto racing. Cremation rites had been accorded. Services will be held at a later date. Hurd-Hendricks Funeral Homes and Crematory, Oneida have been entrusted with arrangements. Memorials may be made to a charity of the donor’s choice. On-line condolences and/or expressions of sympathy may be sent through www.hurd-hendricksfuneralhome.com.

The family of Eugene W. Reem created this Life Tributes page to make it easy to share your memories.

Send flowers to the Reem family.