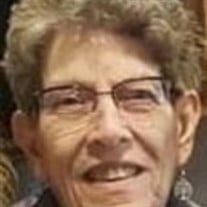 Edna Mae Wilson Dennis, 86, of Milan, formerly of Oak Run, passed away peacefully on Tuesday, January 5, 2021, 10:44 AM, with her family at her side. Edna was born on August 22, 1934 in Williamsburg, KS. She was the daughter of Elmer Blake and Ida Mae (Hammock) Jackson. She married Clifford Wilson in 1953. He preceded her in death in 1970. She later married Christopher O. Dennis on January 1, 1972 in Coal Valley. He preceded her in death in 2011. Edna is survived by her children, Rosella (Jerry) Reasor of Moline, Denise Ericson of Rock Island and Kevin (Keiko) Dennis of Rock Island; grandchildren, Erica (Art Durbin), Amber, David (Amanda), Paul (Savana), Amanda (Glenn Gray), Shawn, Trevor, Himari and Honatsu; twelve great-grandchildren, Taylor, Dakota, Kennedy, Miracle, Dillon, Bryce, Brooklynn, Natalie, Tobias, Lucas, Hollis and Brinlee; one great-great grandchild, Jaedon; siblings, Elmer Jackson, Jr. of Tennessee, Marie Termote of Michigan, Jean (Ray) Salisbury of Kewanee and Elizabeth Wingler of North Dakota. Edna is also survived by several nieces, nephews, step grandchildren and step-great grandchildren. She was preceded in death by her parents, sister, Juanita Catton, son-in-law, Steve Ericson, son-in-care, Marshawn T. Smith, and stepdaughter, Sonny Smith. Edna was raised and educated in Laura, Wyoming and Toulon. She was a graduate of Toulon High School. She was a homemaker. Edna worked as a secretary in various churches in Rock Island and Moline. She also worked as a secretary at the Knoxville Presbyterian Church from 1993-94. She worked for the Oak Run P.O.A. office from 1994 until her retirement and served on the Oak Run Communicator Committee for three years. She was a former member of the Maxey United Methodist Church and currently a member of The Oaks Community Church. She was an avid golfer and loved to golf the course at Oak Run. Edna was a firm believer in her faith and loved her family deeply. Cremation rites have been accorded. A celebration of life will be held at a later date. Hurd-Hendricks Funeral Homes and Crematory, Knoxville has been entrusted with arrangements. Memorials may be made to The Oaks Community Church. On-line condolences and/or expressions of sympathy may be sent through www.hurd-hendricksfuneralhome.com

Edna Mae Wilson Dennis, 86, of Milan, formerly of Oak Run, passed away peacefully on Tuesday, January 5, 2021, 10:44 AM, with her family at her side. Edna was born on August 22, 1934 in Williamsburg, KS. She was the daughter of Elmer Blake... View Obituary & Service Information

The family of Edna Mae Wilson Dennis created this Life Tributes page to make it easy to share your memories.