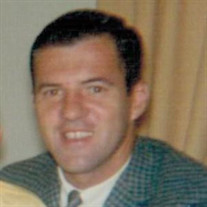 Donald Franklin “Frank” Wright passed away in California on April 5, 2020. He was 83 years of age. Frank was born in Knoxville, Illinois, to C. Donald and Sara M. (Fender) Wright. After graduating from Knoxville High School, he earned a Bachelor’s Degree in Education from Illinois State University in 1959, where he met and married his first wife, Patricia. While teaching mathematics, he earned a Master’s Degree in Education from Rutgers University in New Jersey, in 1962. He was Professor of Mathematics at Cerritos College and Long Beach State University, both in California. In 1973, he took a sabbatical to earn a Doctorate of Education Degree from the University of Colorado in Boulder, Colorado. He taught mathematics in California until his retirement in 2005. During his career he wrote or co-wrote several textbooks that are still used today in universities and colleges around the country. During his high school years, he played numerous sports, including golf, track & field, basketball and football. He took golf very seriously, winning a Lake Bracken golf championship and the Yorba Linda Country Club championship in Yorba Linda, California. He is survived by his second wife, Kathleen, son Michael of Kentucky, daughter Stacey of California, and sister Mary Jane (Stan) Miller of Galesburg, Illinois. He was preceded in death by his parents and a sister. A celebration of life will be held on Friday, October 23, 2020 from 12:00 to 1:30 P.M, with a time of sharing at 1:30 P.M., at the Hurd-Hendricks Fellowship Center in Knoxville, Illinois. A graveside service will follow at 2:30 P.M. at the Knoxville Cemetery, Knoxville, Illinois. In-lieu of flowers, memorial contributions may be made to charity of the donor’s choice in memory of Frank Wright. On-line condolences or expressions of sympathy may be made through www.hurd-hendricksfuneralhome.com.

Donald Franklin &#8220;Frank&#8221; Wright passed away in California on April 5, 2020. He was 83 years of age. Frank was born in Knoxville, Illinois, to C. Donald and Sara M. (Fender) Wright. After graduating from Knoxville High School, he... View Obituary & Service Information

The family of Donald Franklin "Frank" Wright created this Life Tributes page to make it easy to share your memories.

Donald Franklin “Frank” Wright passed away in California on April...

Send flowers to the Wright family.