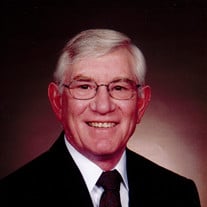 Dennis Frank Hertz, 71, of Knoxville, Illinois passed away Tuesday, June 26, 2018 at 5:48 A.M. at the OSF Richard L. Owen Hospice Home in Peoria, Illinois. Dennis was born May 19, 1947 in Kankakee, Illinois, the son of Frank Hartwell Hertz and Helen (Walter) Hertz. He graduated from Herscher High School and later Western Illinois University. He proudly served his country overseas in Vietnam as a member of The United States Army. He married Shirley Hannaford on November 2, 1969 in Roodhouse, Illinois. Dennis worked as a Meat Inspector for the Department of Agriculture, State of Illinois, and previously as a Swine Manager. He was a member of the First United Methodist Church in Knoxville, past Adjutant and Commander of the Victoria Charles A. Warrensford American Legion Post #726, member of the Oneida Lions Club and more recently the Altona Lions Club where he was a past President. He was also past President of the Victoria Baseball Association. Dennis was a past President of the Alumni Board of Control for the Alpha Tau Chapter of the Alpha Gamma Rho Fraternity. For many years Dennis served the Knox County 4-H as their Swine Superintendent. Dennis loved golfing, baseball, and fishing. He is survived by his wife, Shirley Hertz of Knoxville, 2 sons, Jeffrey (Stacy) Hertz of Galva, Greg (Ann Marie) Hertz of Bloomington, 3 grandchildren, Dalton, Connor, and Grace, 1 sister, Donna Sauer of Lincoln, 1 brother, Bill Hertz of Kankakee, 3 nephews, and 4 nieces. He was preceded in death by his parents, Frank and Helen Hertz. Visitation will be held on Friday, June 29, 2018 from 5:00 P.M. to 7:00 P.M. at the Hurd-Hendricks Funeral Home in Knoxville, Illinois. The funeral service will be Saturday, June 30, 2018 at 10:00 A.M. at the First United Methodist Church in Knoxville, Illinois. Interment will be at the Westfall Cemetery. Memorial contributions may be left to OSF Hospice or to the family (funds will directly support the Knox County 4-H Swine Department). Online condolences can be left at www.hurd-hendricksfuneralhome.com.

The family of Dennis Frank Hertz created this Life Tributes page to make it easy to share your memories.

Send flowers to the Hertz family.