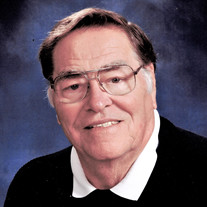 Daniel C. Miller, age 78, of Knoxville, Illinois, died at 7:19 P.M. on Saturday, February 23, 2019 at his home in Knoxville, surrounded by his family. Daniel was born on October 31, 1940 in Ecorse, Michigan, the son of Carl L. and Hazel E. (McQueen) Miller. After graduating from high school, he enlisted and proudly served his country in the United States Army from 1963 to 1965, and then the United States Army Reserve until 1969. On January 14, 1967, Daniel was married to Mary C. “Kay” Richards in Galesburg, Illinois at the Corpus Christi Catholic Church. Left to cherish Daniel’s memory is his wife of fifty-two years, Mary C. “Kay” Miller of Knoxville; their three children: Greg (and Kimberly) Miller of Mooresville, Indiana, Thomas C. Miller of Peoria, Illinois, Mindi K. Miller of Monmouth, Illinois; former daughter-in-law, Marcia Miller of Dunlap, Illinois; three grandchildren: Kayleigh Miller, Abigail Miller, Jaxon Miller; two step-grandchildren: Ethan Peasley, Alexis Peasley; two twin great-grandsons: Daniel Thomas and Corbin Michael; four siblings: Claudia Eskridge of Alpha, Illinois, Carl A. (and Kathy) Miller of Galesburg, Alan E. (and JoAnne) Miller of Maricopa, Arizona, Marilee (and Bill) DeVena of Cameron, Illinois; a brother-in-law, Steve Bennett of Colchester, Illinois; and many nieces and nephews. He was preceded in death by his parents; and one sister, Anita Bennett of Colchester. Daniel worked for the Gates Rubber Company as an Operator for thirty-eight years, until his retirement. He was a member of the Corpus Christi Catholic Church in Galesburg, the Harry Philblad American Legion Post #749 in Knoxville, and the Rail City Ramblers Camping Club. He loved spending quality time with his family, and he and his wife also greatly enjoyed traveling together. He will be remembered for his great sense of humor and quick wit, his wonderful artistic talent, and his ability to repair and build all manner of things. Daniel was known for being the family ‘Mr. Fix-It’ as he was a skilled handyman that loved to help others with any project. He enjoyed fishing in his free time, and was an avid fan of the Chicago Cubs and Chicago Bears. He will be greatly missed by all who knew him. Cremation rites will be accorded. A graveside memorial service will be held at 10:00 A.M. on Thursday, February 28, 2019 at the Knoxville Cemetery in Knoxville, Deacon Michael Crummer officiating. A fellowship luncheon will be held at 11:00 A.M. on Thursday, February 28, 2019 at the McAteer Center in Galesburg, Illinois. In lieu of flowers, memorial contributions may be made to the Warren Achievement Center, Corpus Christi Catholic Church, or the Society of Saint Vincent de Paul.

The family of Daniel C. Miller created this Life Tributes page to make it easy to share your memories.

Send flowers to the Miller family.