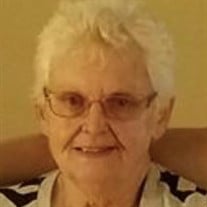 Cynthia A. Reutner, age 71, of Avon, Illinois, died at 5:25 A.M. on Sunday, May 27, 2018 at her son’s home in Avon, surrounded by her family. She was born on September 19, 1946 in Freeport, Illinois, the daughter of Jack and Pauline (Garrison) Boeke. She was raised and educated in Freeport. She married Russell Reutner in August of 1965 in Freeport. Surviving is her mother, Pauline Boeke of Lake City, Minnesota; a son Johnathan (Norma) Reutner of Avon; a daughter, Deborah Reutner of Mason City, Iowa; her grandchildren: Blake, Steven, Trenton, Sarah, Johnathon, Jessica, Sondra and Tyler; seven great-grandchildren; and one sister, Susan A. Boeke of Maplewood, Minnesota. She was preceded in death by her father; one brother, Brian; and one great-grandson, Marcus. She worked for Microswitch – Honeywell for 31 years until her retirement. She volunteered at the Fulton County Humane Society, and was a member of the Pet Alliance. She loved cats and flowers. Cremation rites will be accorded. Services will be held at a later date at the Oakland Cemetery & Mausoleum in Freeport, Illinois. Memorial contributions may be made to the family, sent to Johnathan and Norma Reutner, P.O. Box 64, Avon, Illinois 61415. Hurd-Hendricks Funeral Homes & Crematory in Knoxville, Illinois is entrusted with services.

The family of Cynthia A. Reutner created this Life Tributes page to make it easy to share your memories.

Send flowers to the Reutner family.