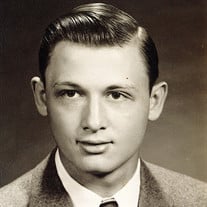 Charles Eugene “Gene” Maxey, 78, of Gilson, Illinois, passed away Sunday, March 24, 2019 at 2:46 A.M. at the St. Mary Medical Center in Galesburg, Illinois. Gene was born February 5, 1941 at the St. Mary Medical Center in Galesburg, Illinois, the son of Robert Maxey and Margaret (Smith) Maxey. He graduated from Knoxville High School with the class of 1959. He then attended Bradley University for 3 years before joining the United States Army, where he proudly served his country for 3 years. He spent most of his life farming in the local area. He loved to read and spending time on the computer looking at market and farm equipment updates. He was a member of the Knox County Farm Bureau for many years. Gene is survived by his 2 sisters, Susan Maxey of Gilson, Illinois, Kay (Steve) Clark of Yates City, Illinois; 2 nieces, Ashley (Corey) Geeseman of Elmwood, Illinois, Amanda (Matt) Breaux of Dahinda, Illinois; 3 great-nieces, and 2 great-nephews. He was preceded in death by his parents, Robert and Margaret Maxey; 1 sister, Marian Joan Leo; and 1 niece, Erin Davis. Visitation will be held Wednesday, March 27, 2019 from 6:00 P.M. to 8:00 P.M. at the Hurd-Hendricks Funeral Home in Knoxville, Illinois. A graveside service will be Thursday, March 28, 2019 at 10:00 A.M. at the Gilson Cemetery. Memorial contributions may be left to the Maquon United Methodist Church or to the Knox County Humane Society.

The family of Charles E. Maxey created this Life Tributes page to make it easy to share your memories.

Send flowers to the Maxey family.