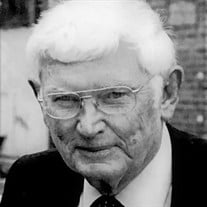 Charles W. Hilman, age 89, of Peoria, Illinois, died at 12:40 P.M. on Sunday, March 10, 2019 at his home, surrounded by his family. He was born on September 27, 1929 in Knoxville, Illinois, the son of Charles C. and Lola C. (Craig) Hilman. He was reared and educated in Knoxville, graduating from Knoxville High School in 1947. After graduation, he served in the United States Air Force. On December 27, 1952, Charles was married to Barbara Ann Hyman in the Galesburg Methodist Church. Left to cherish his memory is his wife, Barbara Ann Hilman of Peoria; one son, David (and Dawn) Hilman of Beloit, Wisconsin; one daughter, Karen (and Doug) Frakes of Oak Run, Dahinda, Illinois; eight grandchildren: Troy Hilman of Daytona Beach, Florida, Craig Hilman of Oak Run, Dahinda, Illinois, Angela (and Chad) Goff of Dahinda, Illinois, Spring (and Jerry) Hennis of Beloit, Wisconsin, Aaron (and Kala Spry) Addis of Harrisburg, Missouri, Chuck (and Sarah) Hilman of Victoria, Illinois, Kathy Hilman of Beloit, Wisconsin, Ashley Addis of Logan, Utah; three step-grandchildren: James (and Missy) Frakes of Woodhull, Illinois, Michelle (and Jade) Hamer of Dunlap, Illinois, Ryan Frakes of Galesburg, Illinois; and seventeen great-grandchildren. Charles was preceded in death by his parents; his brother, Jim Hilman; and one son, Stephen Hilman. He worked as a car salesman in Galesburg for Yemm Chevrolet, the former Weaver Buick, and the former Black Cadillac. He was a member of the Oaks Community Church in Oak Run, Dahinda, Illinois, as well as the Elks Lodge in Galesburg, the VFW, the Galesburg American Legion, the Galesburg Jaycees Organization, and the former Moose and Eagles Lodge. Charles enjoyed spending time playing cards, especially Pitch, and boating. He loved baseball and was an avid CUBS fan, although there was no sport that he did not enjoy. Cremation rites will be accorded. Visitation will be held from 9:30 A.M. to 11:00 A.M. on Saturday, March 16, 2019 at the Oaks Community Church in Oak Run, Dahinda, Illinois. The memorial service will directly follow at 11:00 A.M., Rev. Marty Briney officiating. Inurnment will take place at a later date at the Oak Lawn Memorial Gardens in Galesburg, Illinois. Memorial contributions may be made to the Oaks Community Church.

The family of Charles W. Hilman created this Life Tributes page to make it easy to share your memories.

Send flowers to the Hilman family.