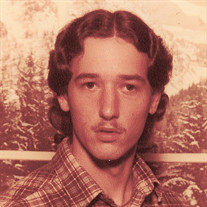 Charles “Chuck” Dunn, age 55, of Galesburg, Illinois, died at 11:11 A.M. on Friday, September 14, 2018 at the University of Arkansas for Medical Sciences in Little Rock, Arkansas. He was born on April 13, 1963 in Galesburg, the son of Kenneth L. and Marilyn L. (Boughman) Dunn. He was reared and educated in the Galesburg area, and attended college to become a glazier. Charles is survived by his two children: Ashley Simpson of Galesburg, Chance Charles of Galesburg; three grandchildren: Kolbie Browatey of Knoxville, Illinois, Dominik Martinez of Galesburg, Drake Martinez of Knoxville; his siblings: Linda Smith of Galesburg, Michael Dunn of Galesburg, Margaret Dunn of Galesburg, James Dunn of Galesburg, Peggy (and Brad) Fell of Rio, Illinois, Clair Dunn of Galesburg; many nieces and nephews; and his special ‘brother friends’. He was employed at the Mags Mid-American Glazing Systems in Davenport, Iowa, and was a member of the Glaziers Local Union 581. Pastimes that he enjoyed were riding motorcycles, going fishing, bowling, and playing pool. Most of all, Charles loved spending time with his family and friends. Visitation will be held on Saturday, September 22, 2018 from 11:00 A.M. to 1:00 P.M. at the Hurd-Hendricks Funeral Home & Crematory in Knoxville. The funeral service will directly follow at 1:00 P.M. at the funeral home. A Fellowship will be held on Saturday, September 22, 2018 from 2:00 P.M. to 4:00 P.M. at the Corral, 1685 Grand Avenue, Galesburg, Illinois. Memorial contributions may be made to the family, care of the funeral home at 120 South Public Square, Knoxville, Illinois 61448.

The family of Charles "Chuck" Dunn created this Life Tributes page to make it easy to share your memories.

Send flowers to the Dunn family.