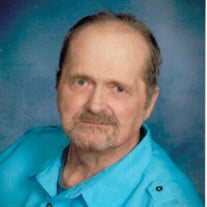 Carl “Joe” Brooks, age 81 of Galesburg, Illinois died at 5:32 P.M. on Saturday, November 14, 2020 at Heartland Health Care Center in Galesburg, Illinois. He was born on September 23, 1939 at Blessing Hospital in Quincy, Illinois the son of Joe Edward and Florine (Bradbury) Brooks. He graduated from Perry High School class of 1957, in Perry, Illinois. He then graduated from Western Illinois University in 1961 with a Bachelor’s Degree in Elementary Education. He taught in Antioch, Homer, Rochelle and Flora, Illinois. He then received his Master’s Degree from Eastern Illinois University. He worked for Sampson Implement, Kleine Equipment and OSF. St. Mary Medical Center in Galesburg, Illinois. He was a member of the First Presbyterian Church of Galesburg, Illinois. Surviving is a brother, Sam (Sharyn) Brooks; niece Dawn Carter of Austin, Texas; nephew, Brad Brooks of Aurora, Colorado; three great nieces, two great nephews, one great-great niece and six great-great nephews. He was preceded in death by his parents, Joe and Florine. Cremation rites will be accorded. Private family burial will be held in McCord Cemetery in Perry, Illinois at a later date. Memorial contributions may be made to the First Presbyterian Church in Galesburg, Illinois. On-line condolences or expressions of sympathy may be made through www.hurd-hendricksfuneralhome.com

The family of Carl "Joe" Brooks created this Life Tributes page to make it easy to share your memories.

Send flowers to the Brooks family.