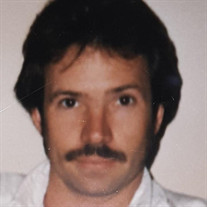 Brian E. Caves, 65, of Gilson, passed away on Saturday, June 5, 2021, 6:20 PM, at Marigold Rehab and Healthcare Center. Brian was born on March 29, 1956, in Monmouth. He was the son of Ernest and Margarett (Norris) Caves. Brian is survived by his children, Brent Caves of Gilson, Jillian Caves of Davenport and Aron Pearson of Prophetstown; his significant other of six years, Diane Nalley, whom was also his loving care-taker up to the end; daughter-in-law, Dana Caves; six grandchildren, Karli Caves, Nicholas English, Jamin Donath, Mylah Donath, Ella Caves, Bryce Caves and step-grandson, Ian; and siblings, Alan (Tammy) Caves of Alexis and Luann (Gary) Johnson of Dahinda. He was preceded in death by his parents; son, Danny Joe Caves; and sister, Diane Caves Brian attended Galesburg and Knoxville Schools. He worked in the foundry at Galesburg Castings, Inc. Brian was a musician, specializing in playing the guitar. He played for several local bands, such as: “Two Dollar Shoes,” “The Moonlighters,” “Muddy River Band,” and recently “Diane Nally and The Blue Wings.” Brian was also a nature lover and loved to bow hunt and fish. He also enjoyed traveling, especially with his brother, Alan in their younger years. Brian was a simple man, who was humble and kind. He had a calming presence and often described as a deep thinker. He loved his family very much and will be greatly missed. Cremation rites have been accorded. A burial of cremated remains will be held at the Gilson Cemetery, Saturday, June 12 at 11:00 AM. Deacon Michael Crummer will officiate. Hurd-Hendricks Funeral Homes and Crematory, Knoxville has been entrusted with arrangements. Memorials may be made to OSF Hospice. Expressions of sympathy may be shared with the family at www.hurd-hendricks.com.

Brian E. Caves, 65, of Gilson, passed away on Saturday, June 5, 2021, 6:20 PM, at Marigold Rehab and Healthcare Center. Brian was born on March 29, 1956, in Monmouth. He was the son of Ernest and Margarett (Norris) Caves. Brian is survived... View Obituary & Service Information

The family of Brian E. Caves created this Life Tributes page to make it easy to share your memories.

Send flowers to the Caves family.