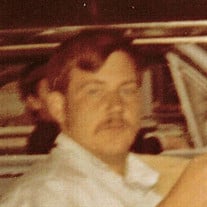 Bradley Hobbs, age 67, of Knoxville, Illinois, died on Tuesday, September 11, 2018 at his home. He was born on April 6, 1951, in Galesburg, Illinois, the son of Norman Lee “Shorty” and Ilene (Maner) Hobbs. He was reared and educated in the Knoxville area, and graduated from Knoxville High School. During his high school years, Brad enjoyed playing football, and went on to play semi-pro football for a time in the Quad City League. Surviving is his brother, Fred Hobbs of Knoxville; his uncle, Kenneth (and Cheryl) Maner of Galesburg, Illinois; his aunt, Opal Jean Arnold of Moline, Illinois; and many cousins and friends. Brad was employed at Gates Rubber Company and worked in several departments there until his retirement. Pastimes that he enjoyed included watching football, going fishing, watching the weather, and collecting antique glassware and crocks. Brad was active as a volunteer for flag-football. He took pleasure in spending time with his two cats, of whom he was very fond. Cremation rites will be accorded. Graveside memorial services will be held on Tuesday, September 18, 2018 at 10:00 A.M. at the Knoxville Cemetery in Knoxville, Rev. Bill White officiating. Inurnment will be at the Knoxville Cemetery. Memorial contributions may be made to the Friends of the Knox County Nursing Home or the Knox County Humane Society.

The family of Bradley Hobbs created this Life Tributes page to make it easy to share your memories.

Send flowers to the Hobbs family.