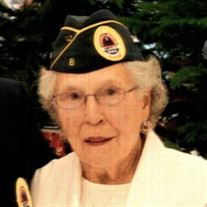 Bonnie J. Dredge, age 84, of Knoxville, Illinois, died at 9:45 A.M. on Thursday, May 7, 2020 at her home in Knoxville. She was born on November 8, 1935 in London Mills, Illinois, the daughter of Shriley and Nelda (Cook) Lankford. She attended and graduated from Avon High School with the class of 1953. On September 22, 1958, Bonnie was joined in marriage to Donald E. Dredge in Dixon, Illinois. She is survived by her loving husband of sixty–one years, Donald Dredge, Sr. of Knoxville; three children: Donald (and Nancy Reed) Dredge, Jr. of Gilson, Illinois, Rhonda (and Lenny) Brashear of Canton, Illinois, Tony Morrisey; two step-daughters: Cathy Harris of Moline, Illinois, Vickie (and Rick) Morrison of Keithsburg, Illinois; ten grandchildren; thirteen great-grandchildren; one sibling, Shirley (and Cindy) Lankford of Moline, Illinois; and her step-mother, Betty (Hugh) (Lankford) Barnes. She was preceded in death by her parents; one son, Joe Morrisey; one sibling, Gloria Lankford; and one great-grandson, Ashton. After graduating from high school, Bonnie went on to attend beauty school, where she earned her cosmetology license. She would later work as a nursing assistant at the Knox County Nursing Home as well as the OSF Saint Mary Medical Center and other area nursing homes. In 1964, she opened her own beauty salon out of her home; she would later own and operate HeadFirst Salon in Knoxville, where she also worked as a beautician. She and her husband also owned and operated the Old Mill Restaurant in Knoxville for a time. Bonnie was a true patriot who loved her country deeply and supported its veterans steadfastly; she was a lifelong member and was proud to serve as past president of the Knox County AMVets Auxiliary 0008. More than anything, Bonnie loved her family and greatly enjoyed spending time with them. She was a loving, devoted, and caring wife, mother, grandmother, great-grandmother, sister, aunt, daughter, and friend, and she will be dearly missed by all who knew and loved her. Cremation rites will be accorded. A Celebration of Bonnie’s Life will be held at a later date. Memorial contributions may be made to the First Christian Church of Knoxville or the Knox County AMVets.

Bonnie J. Dredge, age 84, of Knoxville, Illinois, died at 9:45 A.M. on Thursday, May 7, 2020 at her home in Knoxville. She was born on November 8, 1935 in London Mills, Illinois, the daughter of Shriley and Nelda (Cook) Lankford. She attended... View Obituary & Service Information

The family of Bonnie J. Dredge created this Life Tributes page to make it easy to share your memories.

Send flowers to the Dredge family.