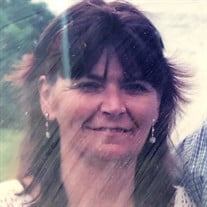 Beth L. Anderson, 57, of Woodhull, passed away at home with her husband and children at her side on Monday, January 25, 2021, at 9:29 AM. Beth was born on August 13, 1963 in Woodhull. She was the daughter of Donald and Carolyn (Good) Ward. She met Tom Anderson in 2002 and later they married on March 17, 2009 at the Henry County Courthouse. Together they have shared and celebrated 18 years together. Beth is survived by her husband, Tom; children, Christy Carver of Galesburg, Kimberly Foster and Daniel Anderson, both of Woodhull; four grandchildren, Jacob Fuller, Jada Palmer, Skyler Sedlacek and Landon Wunderlich; her precious dog she loved dearly, Simon baby; two brothers, Mark Ward and Rick Ward, and a sister, Pam Goerth; and a special friend sister, Suzie. She was preceded in death by her parents, brother, Rusty Ward, and a grandson, Ryan Matthew Carver. Beth graduated from Alwood High School. She worked as a welder for Boilermakers Local 60 and McLaughlin Body Co. She was also the head chef for Oak Run/The Watering Hole. Beth loved the outdoors, whether she was fishing, gardening or mowing. Beth could build a mean picnic table. She also had a passion for cooking. Beth was a strong and independent woman; raising her children on her own for 17 years. Beth was supportive, selfless and loving care taker. She was always putting the needs of others above her own. She never knew a stranger and will be greatly missed by those that loved her. Cremation rites have been accorded and a private celebration of Beth’s life will be held at a later date. Hurd-Hendricks Funeral Homes and Crematory of Knoxville has been entrusted with arrangements. Online condolences may be left to the family at www.hurd-hendricksfuneralhome.com.

The family of Beth L. Anderson created this Life Tributes page to make it easy to share your memories.