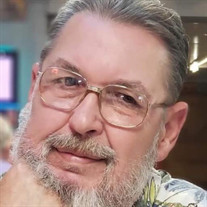 Alan R. Swearingen, 76, of Maquon, passed away on Monday, October 5, 2020, at OSF St. Francis Medical Center, Peoria. Alan was born on February 8, 1944. He was the son of Donald and Ruth (Simkins) Swearingen. Alan married Vicki Lynn Shyrock on September 24, 1965 in Canton. He is survived by his children, Donald (Megan) Swearingen and Valerie Swearingen, both of Washington, IL; three grandchildren, Matthew, Christian, Grant; and several cousins. Alan was preceded in death by his parents. Alan attended Spoon River Valley Schools. He also attended Carl Sandburg College and Western Illinois University. Alan was a veteran of the United States Air Force. He was the owner and operator for Swearingen Financial Services and an office manager for Peoria Ear, Nose and Throat. Alan was a member of the Maquon United Methodist Church. He was also a former trustee and treasurer for the Maquon Fire Protection District, Maquon Community Development Corp., Maquon Village Clerk, and the Knox County Board of Trustees. Alan was also a member of MENSA, and the Maquon Masonic Lodge #530. Cremation rites have been accorded. Visitation will be held on Saturday, October 17, 2020, from 11 AM to 1 PM at the Maquon United Methodist Church, 322 East St, Maquon, IL 61458. A memorial service will follow at 1:30 PM, at the church. Arrangements have been entrusted with Hurd-Hendricks Funeral Homes and Crematory, Knoxville. Memorials maybe donated to the Maquon United Methodist Church, or to a charity of the donor’s choosing. Due to COVID-19 restrictions, face masks, social distancing and attendance limitations will be required. Expressions of sympathy may be left for the family at www.hurd-hendricks.com.

The family of Alan R. Swearingen created this Life Tributes page to make it easy to share your memories.

Alan R. Swearingen, 76, of Maquon, passed away on Monday, October...

Send flowers to the Swearingen family.